Up to 50% OFF Exclusive Father's Day Gifts for The Coolest Pop! 🧔🏻‍♂️

HomePersonalized TrendsStories about Dad: 10 Real-life Stories that Say My Dad is My Hero

Stories about Dad: 10 Real-life Stories that Say My Dad is My Hero 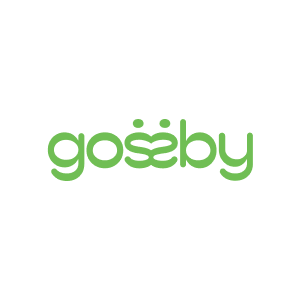 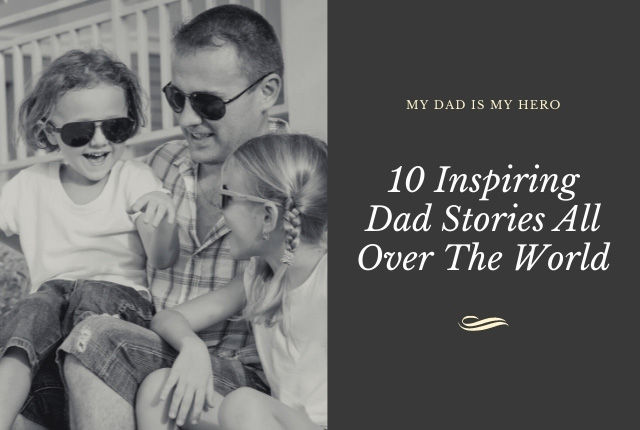 Are you looking for the answer to why your dad is your hero? Do you know why the world sets aside one day each year to honor fathers?

After reading 10 emotional stories about dads, you will find out the answer.

Get ready for some heart-touching and tear-shedding stories of love below.

Why Say "Father is My Hero"?

Indeed, there are 2 main reasons for this question.

Our dads are our heroes because:

Well, these 2 mentioned reasons seem to be not enough to describe how great our fathers are.

Maybe the 10 short dad stories below will.

Keep scrolling and enjoy 10 heart-touching "My dad is my hero" stories.

#1. Stories about Dad: Do You Have Any Money Left?

When a little girl was in high school, she didn't have money to catch the bus home. So she texted her father to ask for some money.

It's about 9 miles from her house to the school. Her dad was so poor that he could not afford a car. So he came to her by bicycle. When she applied for the university entrance exam, she texted her dad again. At that time, he gave her a hundred dollars.

The Dad asked: "Do you have any money left?". She replied: "There are four cents left".

Dad continued: "Give me two cents, so I can fix the bicycle on the way." Dad left, and the little girl stood there with tears welling up in her eyes.

#2. Stories about Dad: A Person Can Do Extraordinary Things with Love

Dick Hoyt had a disabled son. But the way he treated his kid makes other fathers bow their heads in admiration.

When the boy was born, the doctor said he would be vegetative for the rest of his life. The Dicks raised the child at home and had never given up hope of curing him. 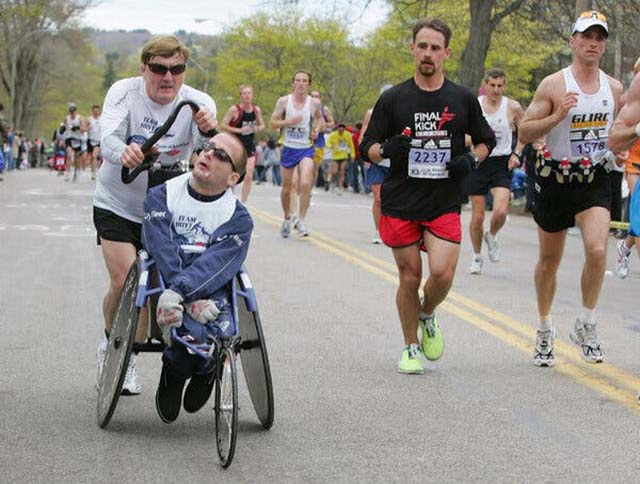 His son was not able to walk, so his father decided to become the son's legs. That action made plenty of miracles. Together they crossed 42 km of Marathon, swam 4 km, and cycled 180 km on the same day.

They traveled around the United States on a bicycle. The son was finally able to talk. Several TV shows have broadcasted their stories to inspire billions of people worldwide.

#3. Stories about Dad: The Poor Father Overcame The Flood to Take His Daughter to The Hospital

A father in India held his 6-month-old daughter aloft. He crossed the fast-flowing flood to take his daughter to the nearest medical facility.

His daughter had a fever and the road to the hospital was underwater. However, love prompted him to make a risky yet brave decision. 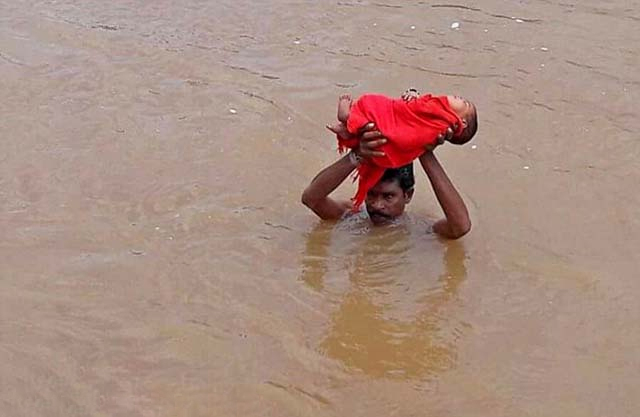 The little girl slept in the arms of her great father. The man struggled with fierce water to take his child to the hospital. That image made everyone unable to hold back tears.

#4. Stories about Dad: 20 Years of "Carrying My Son Around The World"

There was a boy who had fought polio since he was 4 years old. From then on, his father carried him on every road.

“He was able to step, but he can’t think like a normal person. I will be his legs and hope he fulfills his dream”, said the father.

He carried his son for more than twenty years. Until the day he became an adult, his father still accompanied him.

#5. Stories about Dad: Crossing More Than 250,000 Miles to Seek His Kidnapped Son

A man in China spent 18 years looking for his lost son. Someone kidnapped his son when the boy was 2 years old.

Since that day, Mr. Guo has traveled more than 250,000 miles to find his son. The image of an old man on his motorbike with a photo of his son took away the tears of many passersby.

Fate teases him, his son has not returned. Yet, the father's white-headed hair persistently roamed all the way. 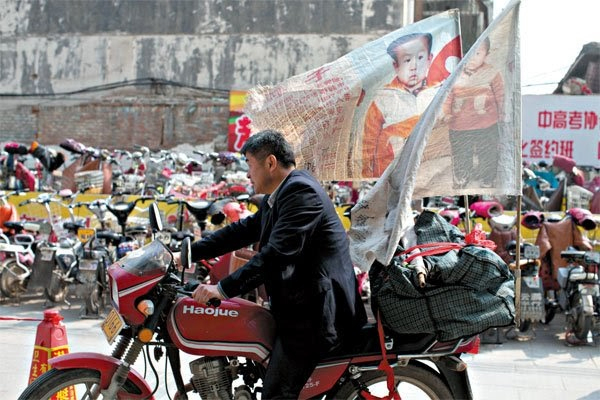 #6. Stories about Dad: A Father's Promise - Tears Millions of Hearts

I'm telling you about a hero dad who saved his son during the biggest earthquake in the USA in 1989. The story always makes readers cry.

The father promised his child: "No matter what, I will always protect you!". Thus, he did not fear the danger of rushing into the rubble to save his son and 13 of his classmates.

Everyone told him to give up, but he stuck to his promise and beliefs.

He tried his best to dig through the rubble. After a long time, he heard his son's voice.

The story happened for a long time, but it is still powerful enough to melt millions of hearts.

#7. Stories about Dad: The Father Died While Saving His Daughter from The Electrified Swimming Pool

Jim Tramel, who lived in California, saved his 9-year-old daughter from drowning in a swimming pool. Unfortunately, he passed away from electric shock.

It was Easter day when families were gathering at the Palm Springs resort. There was a 9-year-old girl who was in an electric shock underwater.

Jim Tramel jumped into the pool to save the little girl. The heroic dad passed away, but this story has brought tears to many people's eyes.

#8. Stories about Dad: The Father Saved His Son Before The Car Crashed Down The Cliff

The father in this story was ready to face death to win his son's life. A Chinese farmer had an accident, and his car was about to plunge off the cliff.

At the moment of death, the father pushed his son, who was sitting in the co-drivers seat, out of the car. He got stuck at his place and followed the car down the cliff.

In the face of death, this father still thought about his son. His sacrifice shows that nothing in the world can replace a parent's love for their children.

#9. Stories about Dad: Father Loses Weight to Donate His Liver to Daughter

A Singaporean man named Donny Ho worked hard to lose weight to be eligible to donate a liver for his daughter. He managed to shed 35 pounds in 2 months.

His 5-year-old girl had liver failure. The father wanted to give his liver to his child. But the doctor said he was obese so his liver was not suitable for the girl.

He exercised hard and stuck to a strict diet at the same time. After 2 months, he was eligible for the surgery.

He overcame himself thanks to his love for his daughter. And that love saved her life.

A father and son were sitting by the window. A sparrow flew over and sat on a tree branch.

"What is that?" - asked the father

The father asked once more. The boy still answered with an occasionally annoyed expression. On the 4th time, the son shouted at his father.

The old man stood up and went to his bedroom. Then he took out a diary and gave it to his son.

It read: "My 3-year-old son saw a sparrow. He asked me 21 times what it was. Every time I answered, I thought he was so cute."

Seeing these writings, the son burst into tears and hugged his father.

When we were children, our parents answered our questions many times with patience. As they get older, we assume they've lost their minds and never have the patience to talk to them.

How to Cherish & Praise The Father Figure in Your Life?

These dad stories above show us that the love of parents is always greater than the love of their children for them.

So what should we do to show our appreciation & respect for our father?

Many celebrations occur around the world. The most famous of them is Father's Day. 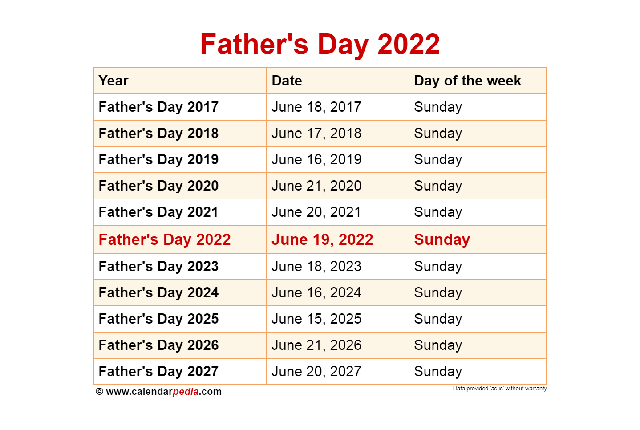 Father's Day is a holiday for honoring fatherhood. It's the perfect time for you to show your love to the hero dad & give him the best Father's Day gifts.

It's also the time for you to speak out loud: My dad is my hero

It's usually celebrated on the third Sunday of June. This celebration is present in many countries around the world.

Indeed, there are several activities to celebrate Father's Day safely.

My dad likes the personalized gifts I give him best. I once bought him these personalized mugs as gifts for Father’s Day last year. I was able to personalize them by choosing the designs and the quote that I wanted to express to my father but didn't dare to say. 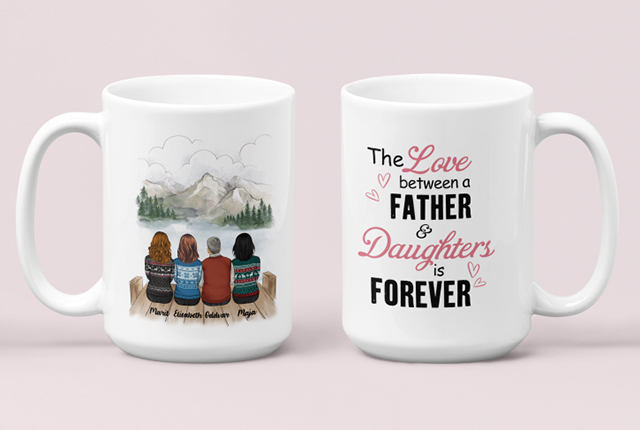 On another occasion, I gave him a blanket with a picture of us hiking together. One year, I gave him personalized t-shirts with a funny design and the message“Best Dad Ever, Ever, Ever Just Ask”.

You can guess how happy and proud he is!

These gifts for dad I found there help me convey and capture the most beautiful moments of our family bond and help me to let him know "father is my hero". 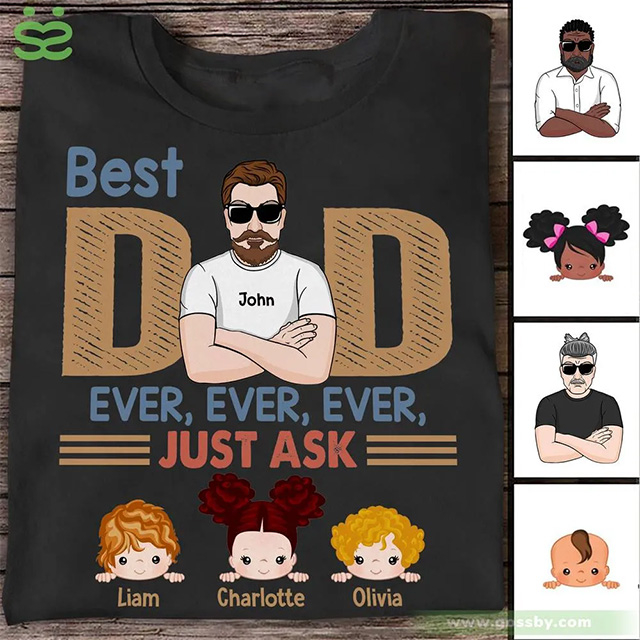 It's Not Exaggeration to Say "My Dad is My Hero"

After reading these stories about dad, we believe that your love and respect for your father will be much more special. He loved you from the moment he heard you cry the first time and will continue to do so until his last breath.

A gift for dad is the simplest way to warm his heart up. You can begin to show your love to him by preparing the best Father’s Day gift ever with the help of Gossby.

20 Quotes about Mom That Surely Strengthen Your Connection
Gossby Experts - Last updated: Dec 03, 2021
You've chosen the ideal gift and card for your mom, but when it comes to writing it down, you're stuck. Look no further than these best quotes about mom. Check out now!

30+ Fathers Day Gift Ideas for Grandpa that Moves Him to Tears of Joy
Gossby Experts - Last updated: Jun 07, 2022
Finding a heartwarming gift for your loved one is a challenging task. This article introduces 30 Father's Day gift ideas for grandpa to help you make a perfect choice! Wait no more, read now!

What Is Valentine's Day? Facts, Stories, Traditions, And More!
Gossby Experts - Last updated: Dec 28, 2021
What is Valentine's Day? We all know the holiday, but how did this romantic occasion come to be? If you ever wondered about the history of Valentine's Day or the origin of its tradition as we know it, you're at the right place.